Benthic foraminifera play a significant role in modern reefal ecosystems mainly due to their symbiosis with photosynthetic microorganisms. Foraminifera were also components of Devonian stromatoporoid coral reefs; however, whether they could have harbored symbionts has remained unclear. The authors show that Devonian foraminifera may have stayed photosynthetically active, which likely had an impact on their evolutionary radiation and possibly also on the functioning of Paleozoic shallow marine ecosystems. 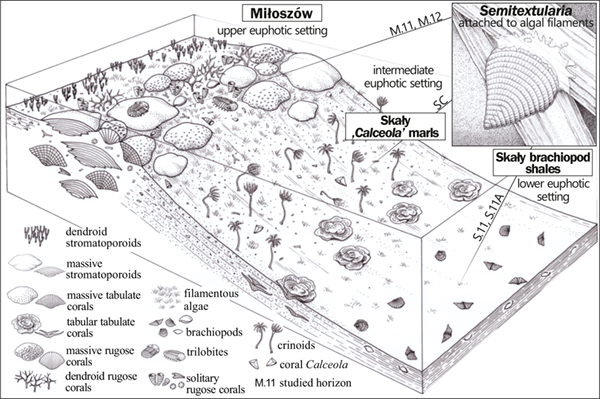